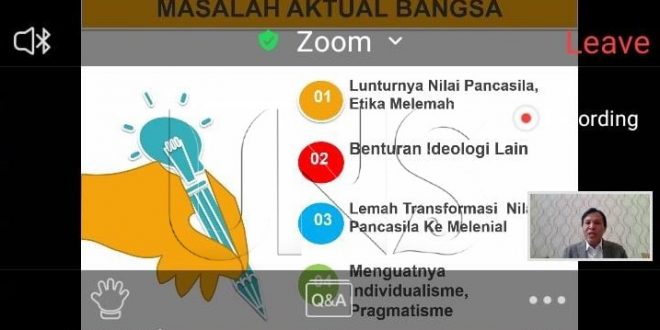 UNS – Constitutional Law (Hukum Tata Negara – HTN) Expert Universitas Sebelas Maret (UNS) Surakarta, Dr. Agus Riewanto stated that currently, Indonesia has several actual problems concerning national ideology. The problems among others are the collapse of Pancasila values and the weakened ethics, clash with other ideologies, the weak transformation of Pancasila values to the millennial generation, and the strengthening of individualism and pragmatism.

“The nation ideology has eroded. The essence of Pancasila as the source of ethics of the nation, and currently it is pressed by global ideologies such as Khilafah,” Dr. Agus Riewanto stated.

In an online discussion on ‘Legal Umbrella for Fostering the Pancasila Ideology’ held by Indonesia Media on Monday (13/7/2020) through YouTube live stream, Dr. Agus Riewanto also highlighted the lack of Pancasila values education to the millennial generation which leads to the lack of examples that millennials can emulate. This, according to Dr. Agus Riewanto is caused by the absence of a program that fosters the values of Pancasila. As an example, removal of P4 through MPR Statute XVII/19/98, dissolution of BP7 through Presidential Decree 27/1999, erasure of BPKB through Presidential Decree No. 85/1999, and the issuance of Law No. 20 of 2003 concerning National Education System that eliminates Pancasila education from school and college education curricula.

“Empty in terms of way, norms, and forms. Four points were considered as the value of virtue but have been abolished. Because of the trauma of the New Order that placed it as a tool an instrument of power and as agitation for certain groups so that we eliminate anything good in the past,” he continued.

In front of the webinar participants, Dr. Agus Riewanto who is also the Director of Consultation and Legal Aid Institute (Lembaga Konsultasi dan Bantuan Hukum – LKBH) FH UNS stated that fostering the ideology of Pancasila need to be regulated in a Law because so far the strengthening and formulation of the ideology of Pancasila by the Pancasila Ideology Development Board (BPIP) is still regulated in Presidential Regulation No. 7 of 2018. He is concerned that this regulation will bring negative implications to BPIP, including the importance of BPIP, coordination problem, BPIP becomes easily dissolved, and the probability of discretion without control from DPR. Dr. Agus Riewanto suggested that Pancasila is regulated as an Organic Law because fostering Pancasila ideology still exist in various institutions and the emergence of sectoral egos, Pancasila has not been used as a state guideline, infiltration of foreign ideologies, and lack of coordination, continuation, and participation in Pancasila coaching. Humas UNS 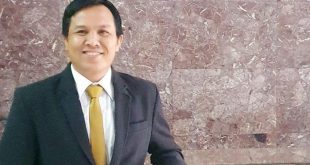